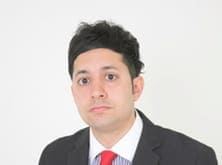 Peter Petrou graduated from Kings’ College London University (UK) where he studied Law and obtained LLB (Hons). He then attended BPP law school in London where he received a Distinction in his Legal Practice Course.

Peter then moved to Trowers & Hamlins LLP, a law firm based in Central London, which is consistently ranked as one of the leading law firms in the Middle-East. During his time at Trowers & Hamlins LLP, Peter assisted his clients in Africa, Russia, India and the Middle-East on several real estate, corporate, project finance transactions and litigation.

Peter is recognised by the Good Lawyer Guide in the UK for outstanding legal practice. Peter also sits on the board of several companies where he holds the role of legal advisor.

Peter is an Ambassador to the UK Cyprus Enterprise Council and was also recently awarded an award from Property Investor Africa for “Outstanding Contribution to Real Estate in Africa 2014”.

Without a doubt the Coronavirus has far reaching consequences, both for the long term and ...

Valued clients, Feod Group wish to inform you that due to pandemic Coronavirus, we strive ...

Dear Clients and Partners of Feod Group, It is our pleasure to announce that we ...

Founded in 1992 in Ukraine, today Feod Group is an international group of companies that professionally specialize in a wide range of legal, consulting and business services.

The offices of Theod Group in Europe and the USA allow us to provide the entire range of services promptly, regardless of the country where the client is located.